A passion for selling!

I come from the old school literally; my post high school education was a traditional 5-year apprenticeship, during which time I went to college one day and one night a week to get my electronics qualifications. At the end of this period which seemed like an eternity to a teenager I had my "tickets" but I was sick of school and sick of fixing things. Mostly, I was sick of seeing the sales guy in the sharp suit doing the talking, driving the nice car, and earning all the money whilst I drove a van, wore a lab coat, and earned a pittance. 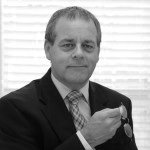 So I thought, "I know I'll move into sales. It's easy, you just dress sharp, drive flash cars, do lunch on your expense account, and talk fast nothing to it." Well that's what I thought; so I went for my first job in sales.

"We can offer you a choice," said the sales manager who interviewed me. "You can join us with a territory, reasonable salary, good commission, and a large quota or you can come and have a small base, small bonus, small territory, a small quota BUT we will train you."

Well it was a no brainier I went for the trainee option. The problem was that these guys spelt trainee G-O-F-E-R. There was no training worth talking off, there was no money, and there was a big quota. Whilst I learned a lot, it wasn't how to sell.

Disillusioned, I very nearly moved back to engineering; but I didn't. To cut a long story short, I ended up at the London City Branch of Rank Xerox as a trainee copier salesman.

I loved it! Very quickly, I developed two passions selling and trying; whenever possible, to help other people sell, hoping they would avoid what had happened to me in my first sales job.

Now, over the years and around the globe, between managing people and companies, undertaking business development consultancy, interim management assignments, coaching, and delivering training programs, I have had a hand in developing the sales skills and careers of literally thousands of people.

Long may this continue; and with the help of social networking, blogs, and the Internet, perhaps I can reach out to even more people.